The new £50 entered circulation today, featuring Sir Walter Scott and the Falkirk Wheel. The £50 is a continuation of the Bank of Scotland's Bridges series, which began in 2016 with the £5.

Philip Grant, Chairman of the Scottish Executive Committee, Bank of Scotland, said: “Bank of Scotland has issued bank notes showcasing our country’s rich history for more than 320 years. Our new £50 note, with its images of the majestic Kelpies, the Falkirk Wheel and a poem by William Muir, celebrates the greatness of Scottish culture and engineering achievement. I am very proud to be a signatory on the note, in my role as Treasurer of Bank of Scotland.”

The new £50 banknote is predominantly red, changing colour from the green paper £50. The design shows the Kelpie horses located in Falkirk, behind the image of the Falkirk Wheel. The banknotes were designed and printed by De La Rue on SAFEGUARD® substrate and contain a secure window with a holographic foil stripe. The hologram depicts the “Prosperity” statue below the Bank of Scotland headquarters on the Mound with a thistle motif in the background. The banknote is enhanced with additional security features such as GEMINI™ and ROTATE™. As with the £10 and £20 notes, the £50 will have a tactile emboss feature for the visually impaired. 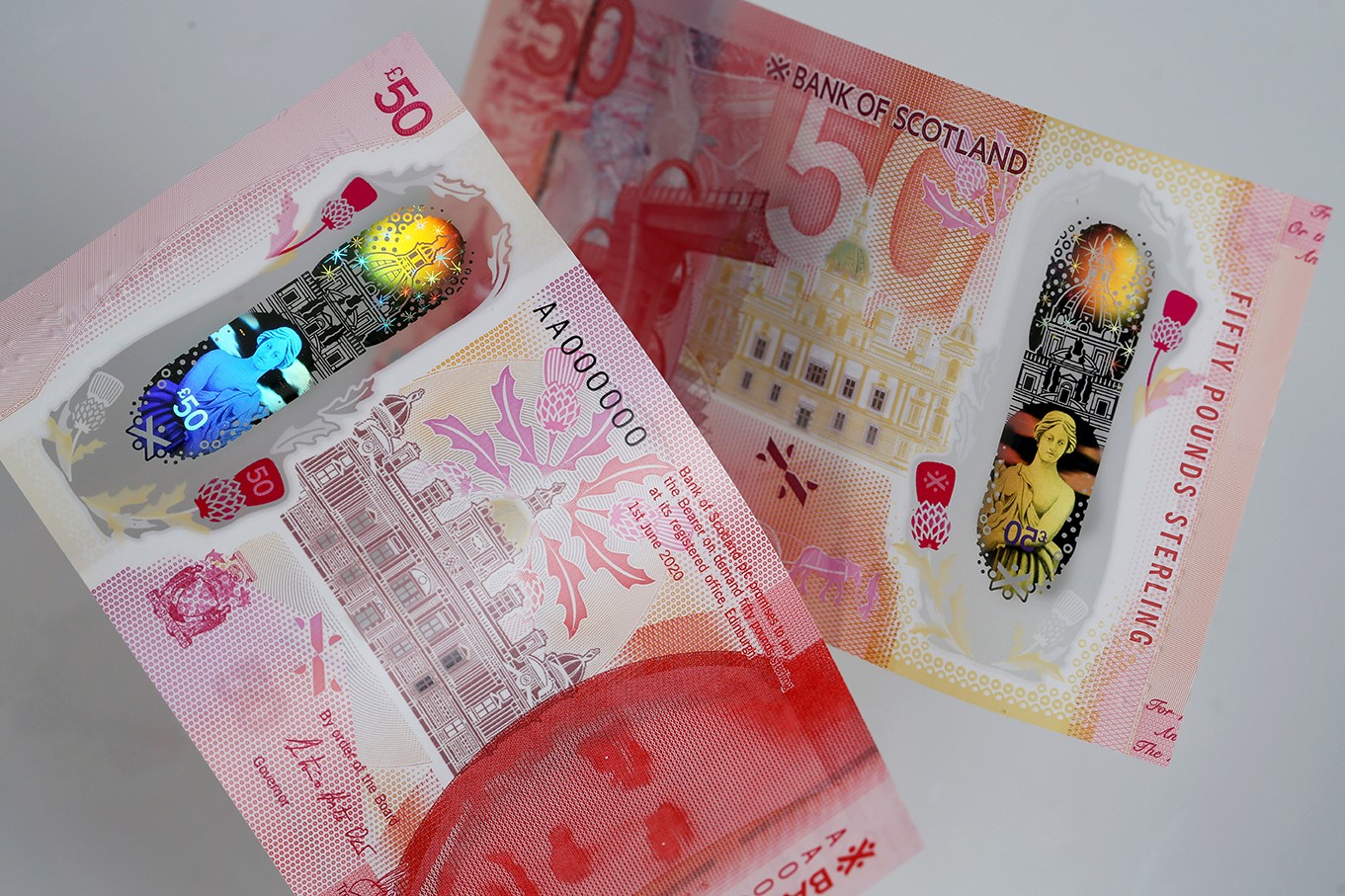