The Bank of England has unveiled the design of the King Charles III banknotes today. These banknotes are expected to enter circulation in 2024 and will co-circulate with the current polymer banknotes that carry a portrait of HM Queen Elizabeth II and will remain legal tender.

The King Charles III banknotes are based on the existing polymer series, designed in collaboration between the Bank of England and De La Rue. The King’s image will appear as a portrait on the front of the banknotes, as well as in the see-through security window.

Ruth Euling, Executive Director and Managing Director, Currency said: “The unveiling of the King Charles III design is a poignant milestone. Banknotes continue to be more than just currency and we are proud to play a role in honouring His Majesty.” 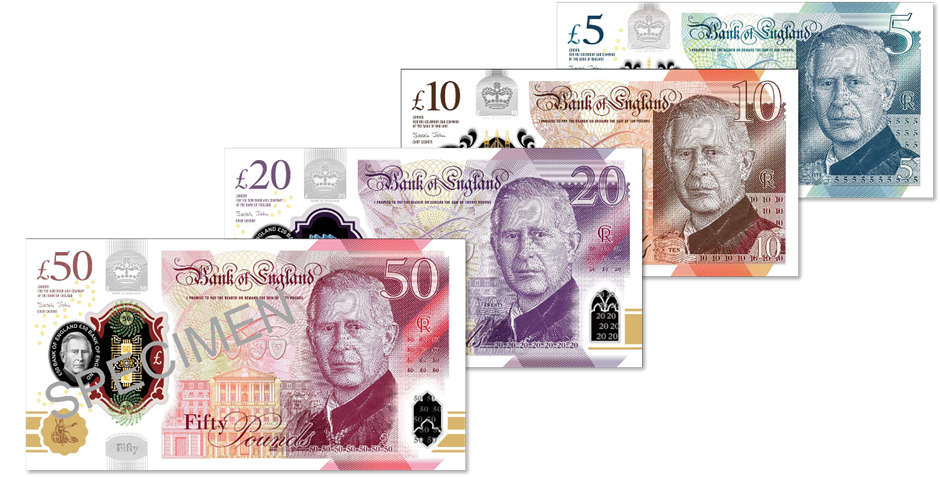