De La Rue is pleased to announce the introduction of updated security features for the £5, £10, and £20. These banknotes will feature PUREIMAGE™, IGNITE® and NEXUS™ respectively. These new security features will enhance the integrity and security of Guernsey's national currency. The imagery of the notes remains unchanged and will continue to feature Her Majesty Queen Elizabeth II. 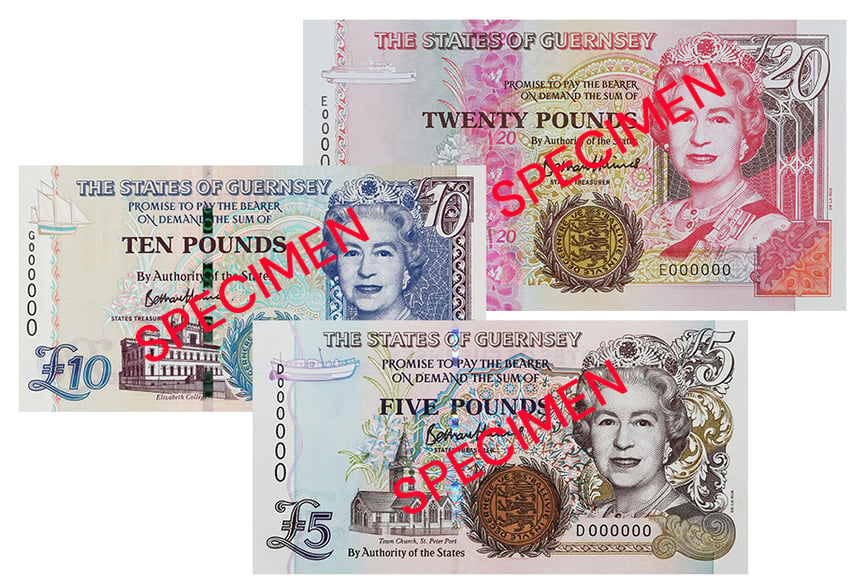 Ruth Euling, Managing Director of De La Rue Currency, said, “We are incredibly pleased to be able to introduce these features to Guernsey notes, marking the historic link between the Island and our company and continuing our relationship with the States of Guernsey and its banknotes that began over 40 years ago. We are very proud of these features, which we believe will quickly become the new norm around the world for cotton paper banknotes that we produce for governments and issuing authorities around the world, as ensuring the security and integrity of national currencies is rightly a priority for many governments."

Bethan Haines, the States Treasurer, also commented on the partnership, “Thomas De La Rue is one of Guernsey’s most famous historic figures and De La Rue has made a real mark on the world over the past two hundred years. It is wonderful to celebrate his success by continuing to work with De La Rue on our own notes which are also an important part of the character of our Island.”

The updated banknotes will co-circulate alongside the previous series banknotes, which will remain legal tender.