Today the Governor of the Bank of England unveiled the design of the new £20 note featuring the artist JMW Turner, which will be issued for the first time on 20 February 2020.

The note has been designed and produced by De La Rue, the sole printers of Bank of England banknotes. It is made of a sophisticated polymer, also supplied by De La Rue, which is durable, cleaner, securer and greener than the paper notes currently in your wallet. These new polymer £20 banknotes will be cleaner to handle and more resistant to dirt than paper banknotes.

That means they will stay in better condition for longer with their more durable finish, perfect for a note that’s most frequently taken out of ATMs and accounts for 60 percent of all notes in circulation. They can also be recycled into items such as plant pots and storage boxes at the end of their life.

It is also the securest Bank of England banknote ever with numerous features protecting it from counterfeiters, including for the first time two window features and a two-colour foil for extra protection. The note’s polymer material and intricate design also make it harder to replicate.

Following public consultation, the nation decided that JMW Turner, one of the UK’s most loved and eminent artists would feature on the £20 to celebrate the country’s excellence in visual arts. Turner joins the polymer banknote series which also includes Winston Churchill on the £5, Jane Austen on the £10 note and Alan Turing who will be celebrated on the £50 note when it goes into circulation in the next few years.

It took around two years for the Bank of England and De La Rue’s technical and creative design teams to realise the detailed design showcasing Turner’s artistic talent and philosophy. De La Rue designers recreated his work through engravings based upon Turner’s self-portrait from the Tate Britain and his famous ‘Fighting Temeraire’ oil painting that hangs in the National Gallery

Also included on the note is a quote from a lecture Turner gave in 1818 on the use of light and tone in his work; ‘light is therefore colour’, as well as his signature taken from his will, in which he bequeathed his paintings to the nation.

“We’re very excited to be unveiling the new £20 note today after the significant amount of work behind the scenes getting to this point. We have worked very closely with De La Rue on this note, from the initial design through to the mass production, and are very pleased with the result. This new note is an important part of our commitment to providing cash that consumers can use with confidence and marks a step forward in our fight against counterfeiting.”

“It is an honour to continue working with the Bank of England on their journey to upgrade their new note series which began with the £5 in 2016. It was a challenge to design a note that not only did justice to one of our nation’s greatest artists, but also delivered a functional and secure banknote that will stand the test of time and be popular with the public.”

For further information, interview requests or photography of the note, please contact:

* JMW Turner was revealed as the character for the £20 note in April 2016. This was the first time the new Banknote Character Advisory Committee were involved in the character selection process.

Features on the new £20 note include: 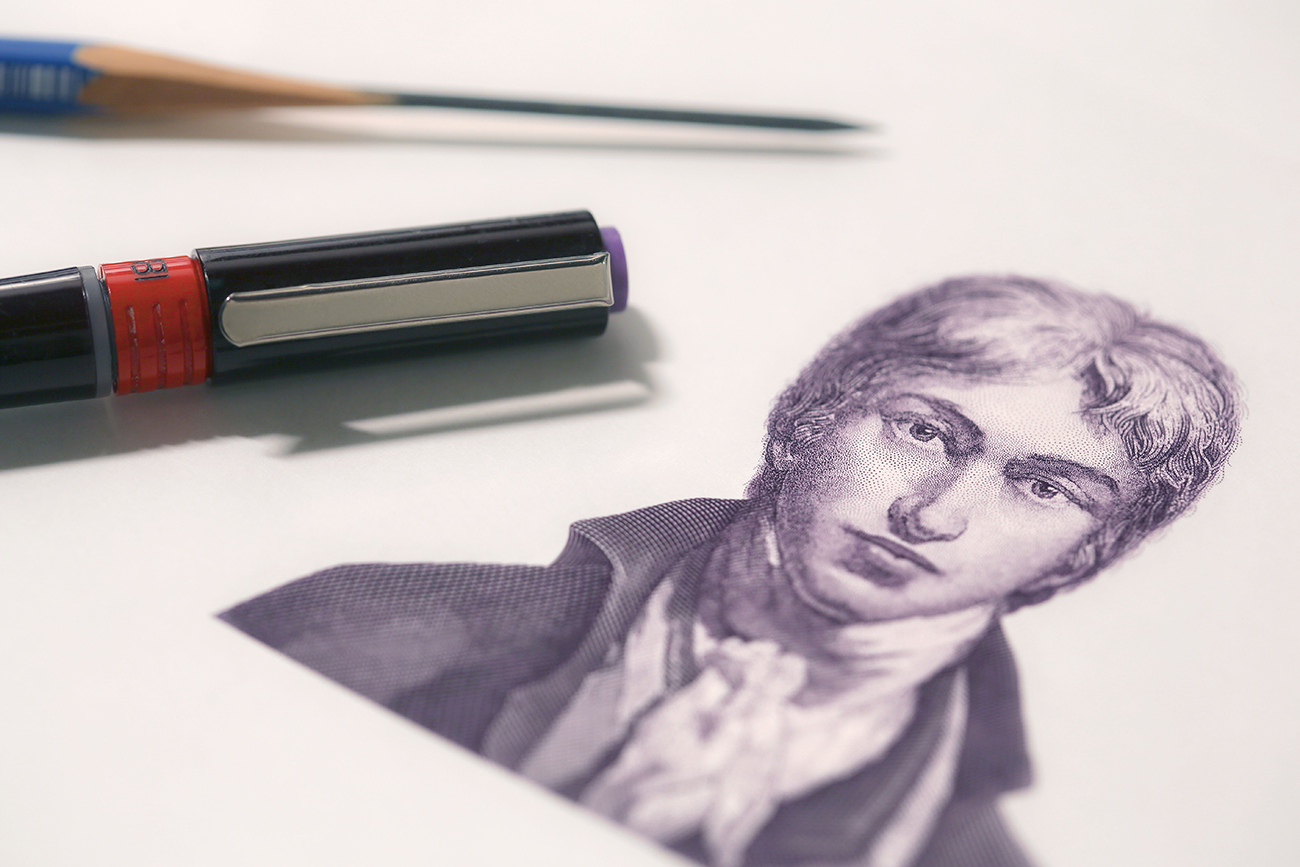 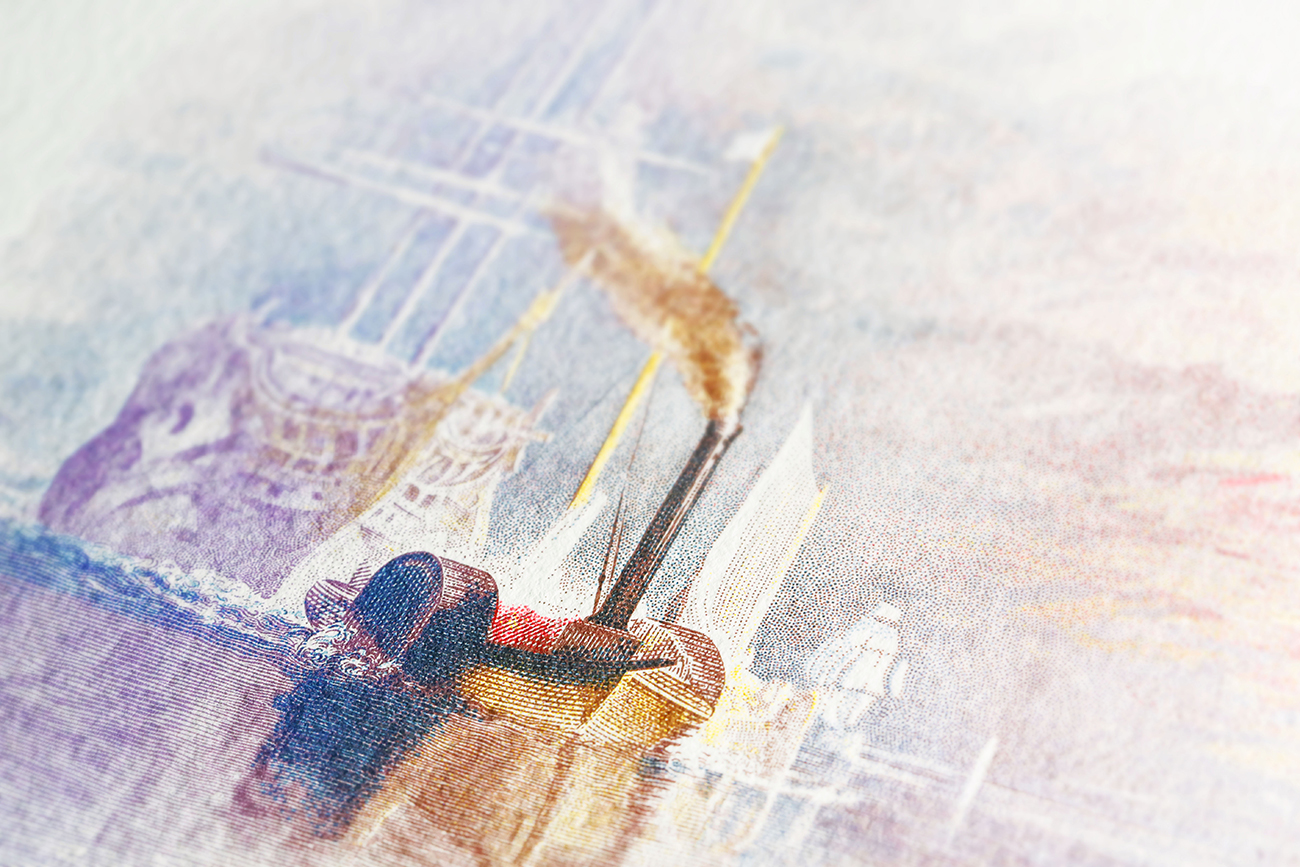