De La Rue has played a key role in the design and production of the five new polymer banknotes which have recently been launched by three commercial banks in Northern Ireland.

Danske Bank launched a new £10 note and the Bank of Ireland and Ulster Bank launched new £5 and £10 banknotes, all on De La Rue’s Safeguard® polymer. The award-winning team from De La Rue designed and printed all the banknotes issued by Danske Bank and the Bank of Ireland, and took the final Ulster Bank designs, which had been managed by a design agency and created through a consultation with the local community, and converted them into secure banknotes.

The Northern Irish Banks are following in the footsteps of the Bank of England and the three Scottish Commercial Banks with their move to polymer to ensure that their banknotes are clean, secure and more durable.

All of the banknotes share common security features to ensure those using the notes can make sure they are genuine. These features include a clear window in the Safeguard substrate to look through, Iridescent and SPARK® ink to tilt and see, raised print and a tactile feature embossed into the substrate to feel, and microprint and UV printing to check authenticity.

All three banks chose to use designs they felt represented Northern Ireland. The Bank of Ireland maintained the familiar iconic image of The Old Bushmills Distillery in County Antrim and Danske Bank also decided to maintain their familiar design theme, including an upgraded portrait of John Dunlop who was credited with developing the first practical pneumatic tyre from his office in Belfast. Ulster Bank however, opted to redesign their notes and took the theme of Living in Nature after consultation with experts and the public in Northern Ireland and their banknotes have a vertical or portrait orientation, which is a first for any UK standard issue banknote design.

“We are proud to continue our long partnership with the Northern Irish Banks and are delighted to have played such an important role in this significant change to bank notes in Northern Ireland. We have a rich heritage of designing and producing banknotes and we believe these new notes represent the very best of our design expertise.” 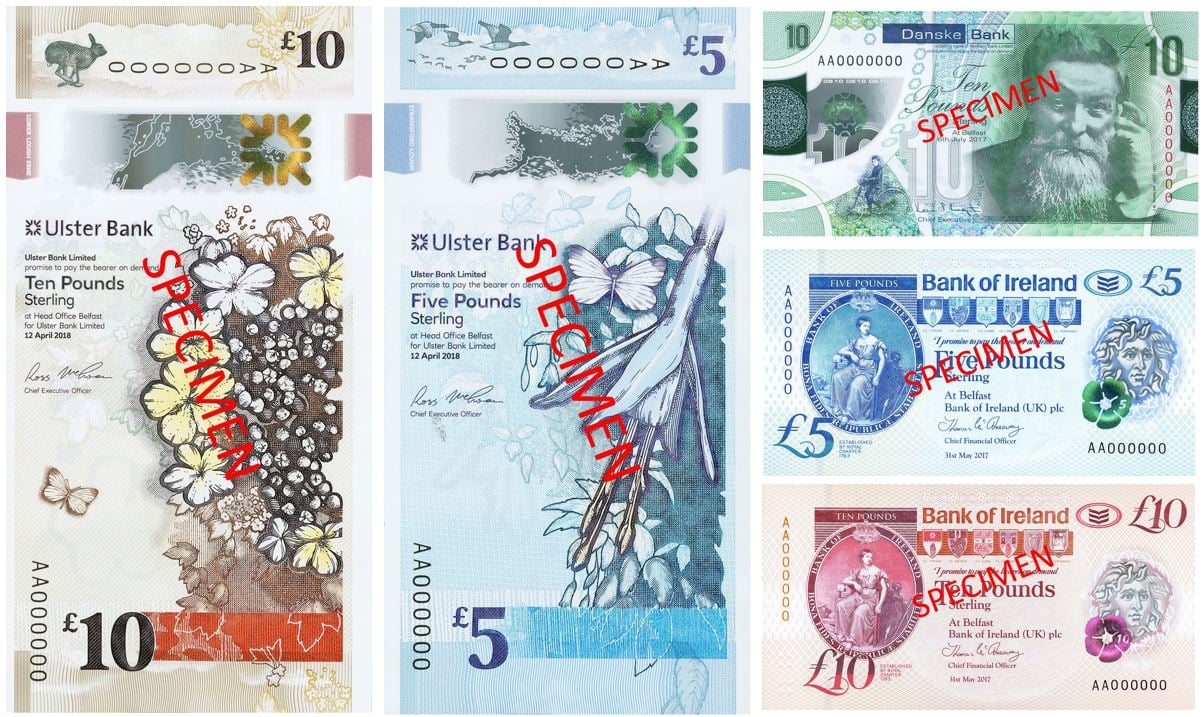 SPARK® is a registered trademark of SICPA HOLDING SA