Monday 6 June 2016: The Clydesdale Bank has announced today that its new £5 polymer banknote, printed by De La Rue, will be put into circulation from 15 September.

David Duffy, Chief Executive Officer of Clydesdale Bank visited De La Rue’s Gateshead factory to view the £5 polymer banknotes in production. Designed and printed by De La Rue on its Safeguard® polymer substrate, the full circulation note follows the introduction of the award-nominated commemorative £5 last year. The note includes Spark® Orbital™, a colour changing security ink, that is printed in the shape of Scotland over the transparent window allowing it be seen from both sides of the note.

Commenting on the new note David Duffy said; “Our £5 polymer note has been hugely popular with the public, businesses and collectors and we’re looking forward to bringing this into full circulation. We’ll also be introducing a new £10 polymer note in 2017.” 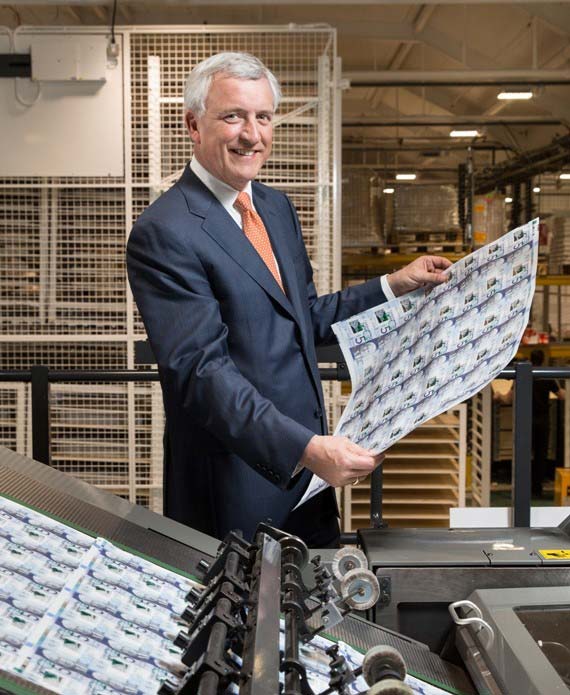 De La Rue is listed on the London Stock Exchange.