The new £10 banknote, featuring the novelist Jane Austen, will be available from today as it enters general circulation.

De La Rue, the world’s largest commercial producer of banknotes and passports, designed and printed the new polymer note. The award-winning design team used a well-known portrait of the world famous author and turned it into the iconic image on the note.

This is the first time a Bank of England banknote includes a specific tactile feature to help blind and partially sighted people to identify the notes. De La Rue worked closely with the Bank of England to develop this new feature for the £10 note. This is in addition to the elements already incorporated into their banknotes for vision impaired people, such as bold numerals, different colours and sizing.

“As a great British business we have been designing symbols of national identity for 200 years, whether they be in currency or passports, so we were delighted to work so closely with the Bank of England on the development of the new note.

“Jane Austen is also a national icon and so it is fitting that she is celebrated on the new note which is a symbol of national pride. It is a tribute to our talented design team that they have so skilfully brought her to life in this image.”

The release of the new £10 note marks the company’s strong relationship with the Bank of England following a 10 year contract signed in 2014, and including the design and printing of the new £5 polymer note. 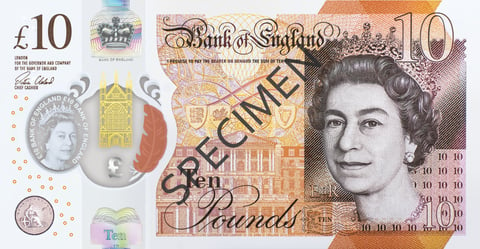 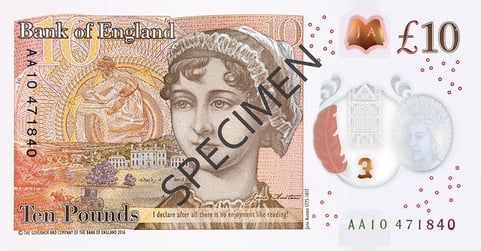