The authentication business at De La Rue posted the highest growth in the company last year and has doubled in scale over the last three – but that performance is sometimes overlooked as attention continues to be fixed on the company's larger currency division. 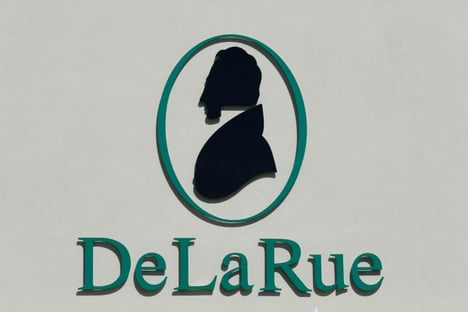 SecuringIndustry.com talked to Andrew Clint, managing director of the authentication business, about the division's recent performance, the trends that he thinks will drive the category in the coming years, and how it intends to help its customers stay ahead of the counterfeiters.

At the moment around 90 per cent of De La Rue's authentication business comes from government and commercial contracts – split roughly 50:50 between them with around 9bn tax stamps and brand protection labels produced every year – with the remainder coming from De La Rue's identity security features, such as polycarbonate data pages used on passports and ID cards.

By far the fastest-growing side of the business is in government, according to Clint, who told us this is being driven in large part by the need for compliance with the World Health Organization's Framework Convention on Tobacco Control (FCTC) treaty, but also by the COVID-19 crisis.

Amid the huge spending on measures to combat the pandemic and support economies, governments around the world "need to get their economies back into…shape by closing tax gaps [and] securing government revenues," said Clint.

Another emerging theme is around building resilient supply chains, brought to the fore by the pandemic and challenges country had in the early stages of the pandemic in the supply of personal protective equipment (PPE) – another category hit hard by fraudulent activity. 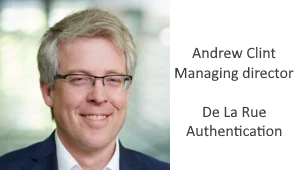 "Brands are realising that the counterfeiters didn't go into lockdown," according to Clint. "They have continued working, they are increasingly sophisticated and in some respects a bit more brazen – we're starting to see customers talking about 'whole system counterfeit', which is not only the physical product but all of the packaging, documentation and any software that may go with it," he added.

The shift towards online purchases that gathered speed during the pandemic has been another key factor, with preliminary customs data pointing to an increase in counterfeit products in small packages being intercepted in transit.

"We're having a lot more conversations now with governments and commercial companies about ways to gain more visibility over their supply chain, especially those that are using distributed supply chains, contract manufacturers, etc," said Clint.

"The software solutions we have in place – primarily developed around the government side of our business – are very applicable to that space," he continued.

Serialization underpins that digital system, used to give each product a unique identity, but that can be layered with a raft of physical authentication technologies – security printing, holography etc – to reinforce protection.

"In tobacco, for example, we create a trust network between the government, manufacturers, importers, customs authorities and in-market inspectors – as well as in some cases retailers – that allows data to be passed securely between them."

Being able to deliver digital and physical technology together, at a global scale, has helped De La Rue build momentum in the brand protection space, continued Clint. But it is important not to stand still in the arms race with the counterfeiters , and De La Rue has a number of research programmes on the go to extend its technology portfolio in areas like digital printing – for example printing directly onto products rather than labels, but making sure that printed code can be secured at scale.

Development continues on the digital side too, for example with ways to share data transparently and securely between supply chain partners, making mobile applications for use by inspectors in the field or consumers, making systems interoperable government or commercial IT systems.

Blockchain – the technology that underpins the digital currency bitcoin and is essentially a digital database of time-stamped records or transactions, which are unchangeable and decentralized – is also being evaluated, according to Clint.

Looking at the annual results, the authentication division posted revenues of £77.6m (around $109m) for the year ended March – 5 per cent headline growth overall, but with a 28 per cent increase in the latter half of the year.

That was driven in particular by two sizeable new contracts – one for Ghana's tax stamps and another to set up a post-Brexit UK tobacco tax stamp and track-and-trace scheme. The doubling of the authentication business has come mostly from tobacco tax stamp schemes, according to Clint.

Another highlight of De La Rue's annual results was the £195m in lifetime contract deals signed in the last financial year, including the Ghanaian tax stamp contract and two others from Qatar and Bahrain.

The Ghanaian tax stamp contract covers a wide range of products – including alcohol, tobacco, soft drinks and others – and will require about 4.5bn tax stamps per year.

Meanwhile, in amongst the £195m of forward business booked in last year was a five-year extension to a 25-year-plus contract with Microsoft to provide the "genuine Microsoft" labels and certificates of authenticity used on the tech giant's software products.

Also on the commercial side, De La Rue is seeing great traction in agrochemical (seeds and fertilizer), electronics including ink and toner, and the vaping and legal cannabis markets.

The vaping has been growing quickly as companies turn to brand protection in the wake of the wave of lung injuries – including around 60 deaths – that were linked to illicit and sometimes counterfeit vapes in the US in 2019.

Finally, another key contract with a commercial organisation – as yet unnamed – is focusing on the application of security labels to a COVID-19 vaccine.