December 2017, Together for Short Lives received a six figure donation from a unique collaboration between the UK Government’s GREAT campaign, The Walt Disney Company and De La Rue, the world’s leading provider of bank notes.

To celebrate the release of Star Wars: The Last Jedi, the partnership produced 1,000 limited edition and 50 premium Star Wars™ commemorative bank notes, which were sold and auctioned in support of Together for Short Lives. 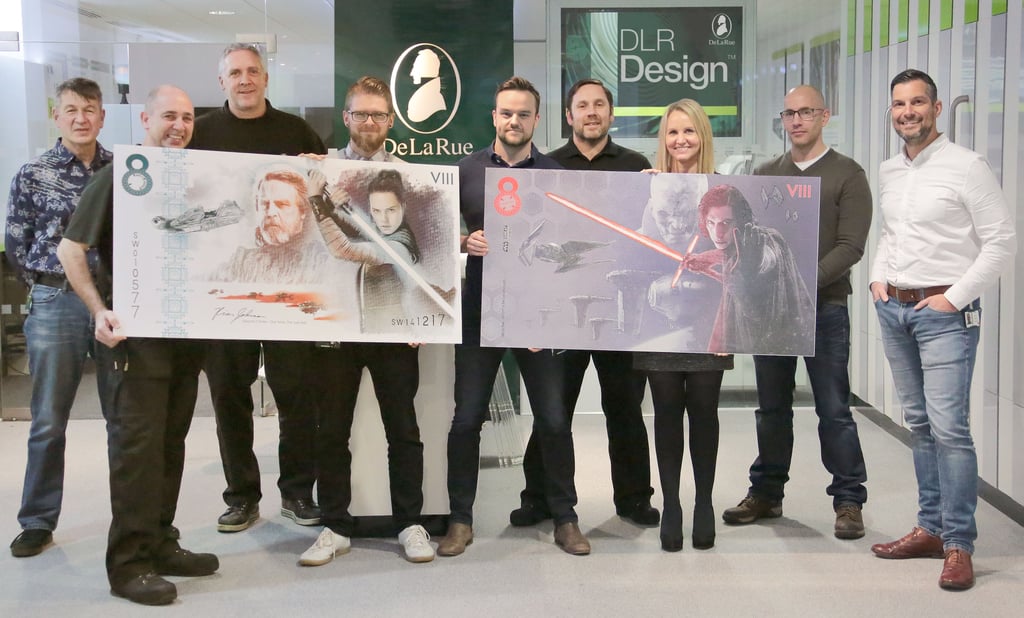 Julian Payne, head of De La Rue Design team talks about the design and production of the commemorative note for Star Wars: The Last Jedi

Several special features include serial numbers; pattern work of the First Order and Resistance emblems; hidden scenes (discoverable under 365nm UV light); hidden messages in microtext (discoverable with an eye glass); a message in Aurebesh, one of the languages of the galaxy; and the signature of Director/Writer Rian Johnson. The 50 unique, premium notes also include an intaglio (a raised, hand-engraving of Rey) and have a unique, sequenced serial number.

The initiative has also been supported by the cast of Star Wars: The Last Jedi: premium notes were signed by Mark Hamill, Daisy Ridley, John Boyega, Andy Serkis, Adam Driver and Rian Johnson to aid in the fundraising efforts.

100% of the money went to Together for Short Lives to help give children and their families as fulfilling lives as possible in the time they have together.

The initiative is part of the wider Made GREAT in Britain campaign, which celebrates the special relationship between Star Wars and the UK for over forty years. 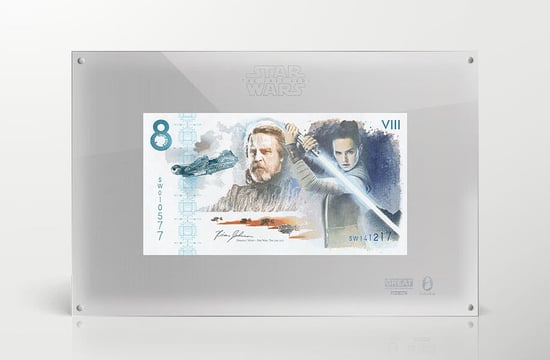 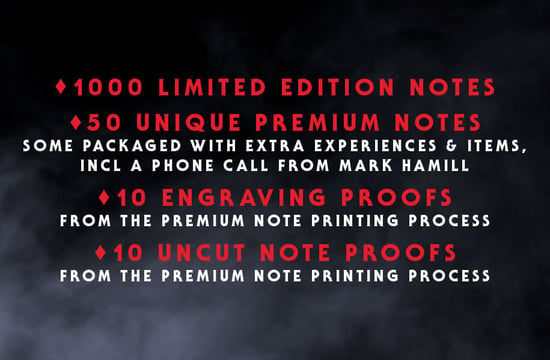 The design narrative focuses on a composite of visuals both front and back of the note, to depict the two sides of the story; the Resistance and the First Order.  Incorporating scenes from the movie and original artworks of the characters and vehicles, the note design weaves in key patterns, motifs, symbols and phrases taken from the film that will delight and intrigue the movie’s fan base.

The number “8” features heavily, (it being the 8th film in the series) as do some of this episode’s main characters; Luke Skywalker and Rey for the Rebellion and Kylo Ren and Snoke representing the Dark Side.

The note has been produced to the highest creative standards:

The notes are crafted with 100% cotton cylinder mould paper and printed in De La Rue’s high security proofing department based in Hampshire. They incorporate several special features including:

The packaging for the premium notes

The limited edition notes were delivered in a beautiful wallet with a detailed description. 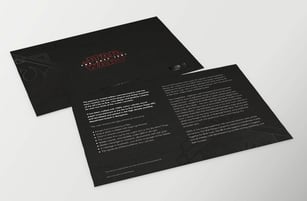