Today the Reserve Bank of Fiji has launched a commemorative banknote to celebrate Fiji’s 50th anniversary of independence from Great Britain.

This is the second SAFEGUARD® polymer note for Fiji, following the $5 released in 2013 (the very first banknote printed on De La Rue’s Safeguard polymer).

The banknote celebrates Fiji’s past capturing the historic first raising of the Fijian flag at Albeit Park, Suva on 10 October 1970 depicting the birth of Fiji as an independent nation; and Fiji’s future leaders, the children of Fiji moving joyously together waving their national flag. This brilliantly echoes the Bank’s desire to have something transcending their 50 year journey i.e. their past and the future ahead.

One of De La Rue’s design team spent time in Suva, Fiji working with the Bank to finalise the design, taking dozens of pictures of the flag outside the Bank to capture the perfect image.

The banknote features a clear window with De La Rue’s SAFEGUARD® ROTATE feature – on the front of the note you can see the face of the Clock Tower on the Government Building showing 10am - the time of first flag raising, and on the back the clock outline in perfect register to the front, showing workings of the clock. 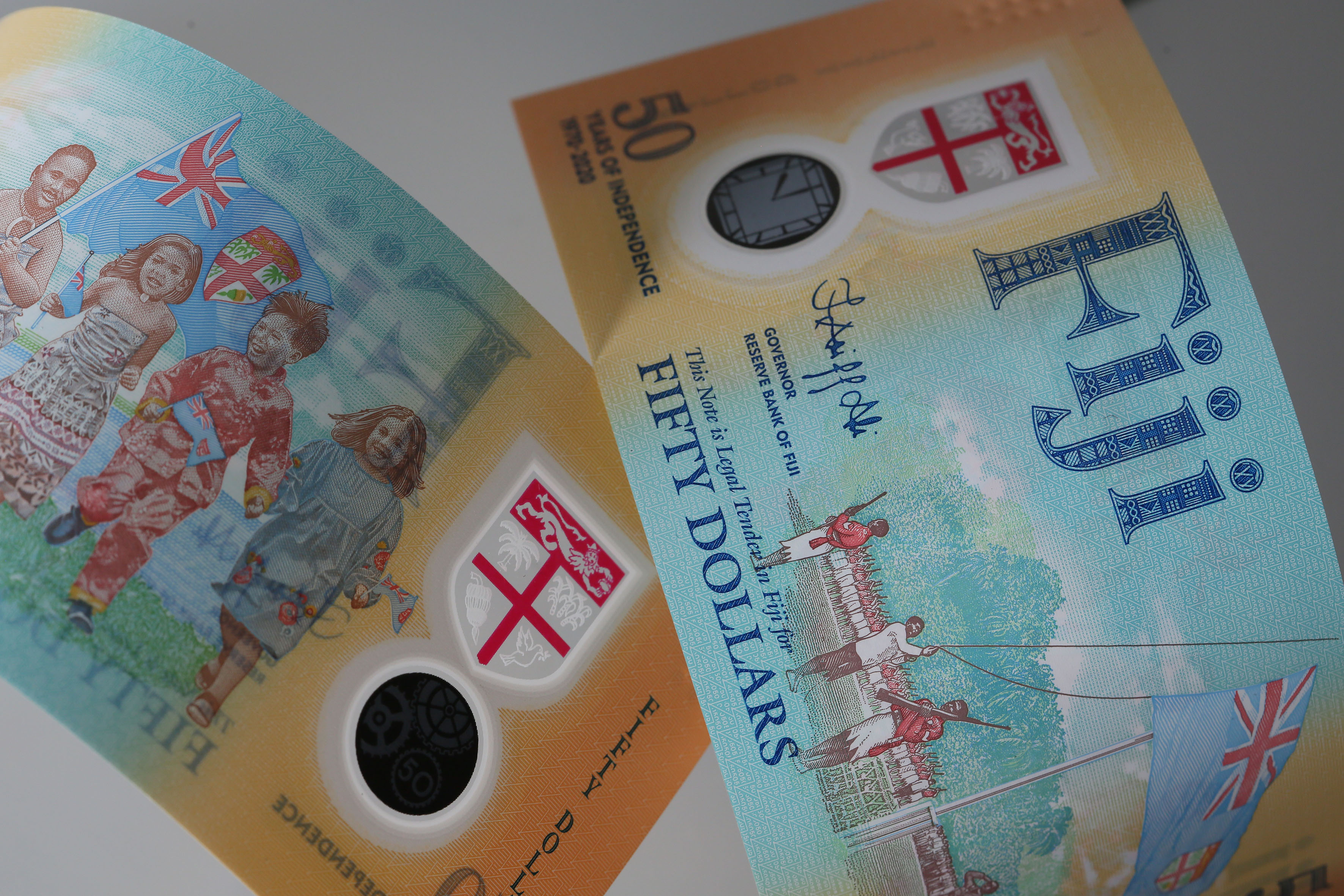 The note also includes a tactile feature to assist the visually impaired as well as enhanced GEMINI™ and iridescence around the clear window on the front. There is also an image of the children printed in UV ink on the reverse.

Working together, De La Rue and the Bank have offset the carbon impact of the production of the banknotes and the contribution with be used to fund a local environmental project.

De La Rue also worked closely with the Bank to create public education materials including posters, a brochure and a video.

The Governor of the Reserve Bank of Fiji said: “We are delighted to have partnered with De La Rue to design and produce our new commemorative banknote which celebrates Fiji’s rich history and our ambitions for the future of our nation.”

Ruth Euling, Managing Director for De La Rue, Currency said: “We are proud to have been able to work with The Reserve Bank of Fiji to produce a very special banknote to mark this historic occasion combining some of our latest security features with a unique design that reflects the past and the future of Fiji.”