The design of the new polymer notes is consistent with the new $100 and retains familiar themes from the previous cotton series for ease of public recognition. Each denomination contains a distinctly shaped embossed tactile feature, unique to polymer banknotes, to help the visually impaired distinguish between denominations. Strong colour differentiation between each denomination and the use of bold, bright numerals further support those with impaired vision.

Dr Alvin Hilaire, Governor and Chairman of the Board of Directors at the Central Bank of Trinidad and Tobago says “These new polymer banknotes represent an upgrade for security and durability, lowering the long term cost of banknote issuance and reducing the Central Bank of Trinidad and Tobago’s environmental impact in this area. They will enable those with visual impairments to more confidently use our currency. We are delighted with our new banknote series and thank our partner De La Rue for their invaluable support and expertise during this transition.” 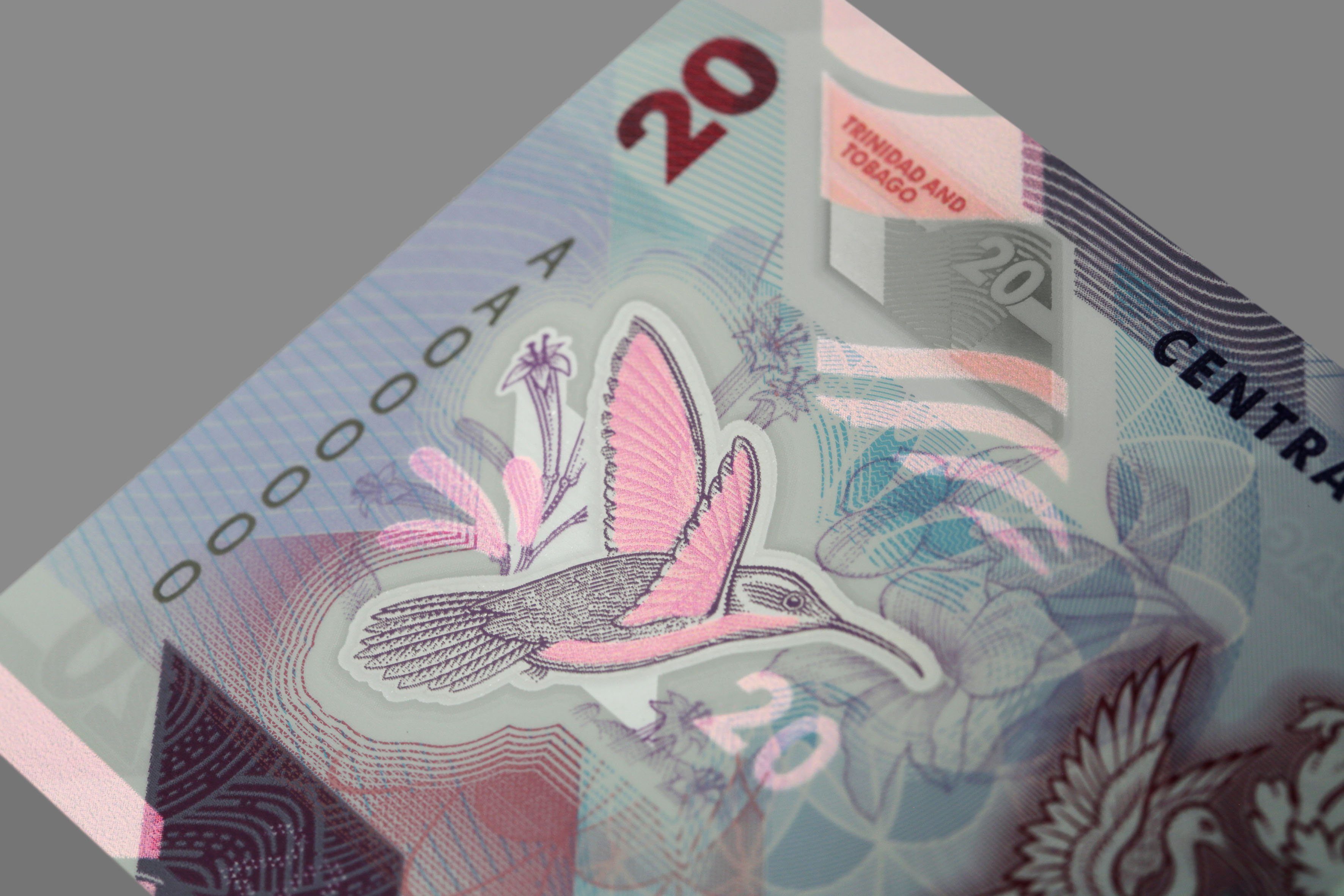 The banknotes contain a range of security features including a secure transparent window and shimmering iridescent inks. The notes use Enhanced GEMINI™ for UV protection and MASK™, an effective hide and reveal feature that appears as a printed pattern in the design, which shows the denomination when the note is held up to the light.

The notes celebrate Trinidad and Tobago, with imagery of national birds, such as the Mot Mot on the $5, the Cocrico on the $10 and the Hummingbird on the $20. Every denomination features the national flag and the country’s coat of arms. On the back of the notes is an image of the building of the Central Bank of Trinidad and Tobago, along with landmarks and scenes of cultural importance.

Ruth Euling, Managing Director, Currency Division says “We have an ongoing, strong relationship with Trinidad and Tobago ever since the first order to supply “government money” in 1904. It truly is an honour for De La Rue to work with the Central Bank of Trinidad and Tobago as they continue their polymer transition strategy and bring these beautiful notes into circulation.”

The Central Bank of Trinidad and Tobago issued the first SAFEGUARD® polymer banknote in the Caribbean region in 2014 with a $50 commemorative note issued in celebration of the Central Bank’s 50th anniversary. Today’s announcement marks the continuation of the transition of the complete banknote series to polymer.