Cash is alive and well.

The media is filled daily with reports on the death of cash. General consensus is that the days of cash are numbered because of the spread of debit and credit cards, the onset of contactless payments, digital payments, online banking, crypto currencies etc. Weight is then added to the argument by constantly referencing cash as a major tool aiding the financing of criminal and terrorist organisations, as a lightning rod for robbers. And cited as a sometimes inconvenient payment method. Whilst the use of cash may well be diminishing in the world’s most advanced countries, it is being viewed in the same light through a global lens and this is unfortunately distorting the true picture. 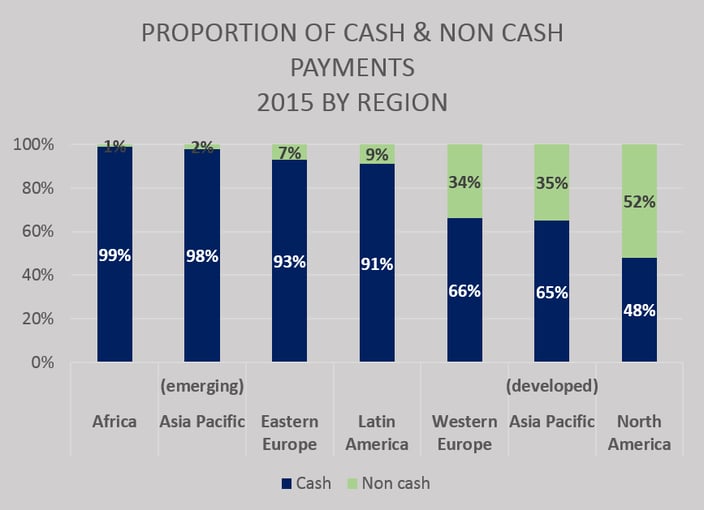 38% of adults worldwide are unbanked and the bulk of this number can be found in 3rd world and emerging market countries.

The reputation of cash is maligned by age old images of criminals carrying hordes of banknotes in suitcases. But cash is not the root cause of money laundering or the financing of terrorism. Nor is it even a major culprit. Today, criminals and terrorists are more digitalised, using cryptographic communications and virtual currencies to evade detection. Recent terror attacks in Europe did not require the use of large cash transactions. Victims of the WannaCry ransomware attacks in over 150 countries paid their ransoms in Bitcoin. EURICPA (European Intelligent Cash Protection Association - https://euricpa.org) is now convinced that cash restriction will not help to fight terrorism and organised crime but instead would be detrimental to the European economy and negatively impact the everyday life of citizens.

So let’s be more specific on the topic. Cash is not dead, it is merely one of an ever widening range of transaction payment options available. Cash is still vital in many places and at least relevant everywhere else. Coins have been with us since the Iron Age. Banknotes as we know them have been around since the Tang Dynasty and have survived 13 centuries of human advancement. Cash remains one of the most commonly used commodities.

Cash is universal, it is democratic and socially inclusive, it protects consumer privacy, and it is safe. Cash is still widely seen as the cheapest and easiest form of transaction payment.