On 18th July the Bank marked the 200th anniversary of Jane Austen’s death, by unveiling the new £10 note featuring the renowned writer. The event took place at Winchester Cathedral, where Austen was buried in 1817.

The Governor said: “Jane Austen certainly merits a place in the select group of historical figures to appear on our banknotes. Her novels have an enduring and universal appeal and she is recognised as one of the greatest writers in English literature. As Austen joins Adam Smith, Boulton and Watt, and in future, Churchill, our notes will celebrate a diverse range of individuals who have contributed in a wide range of fields.” 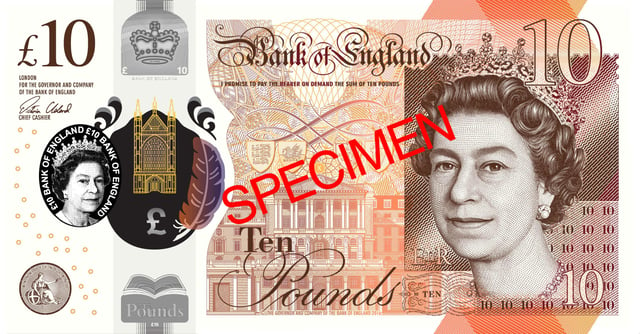 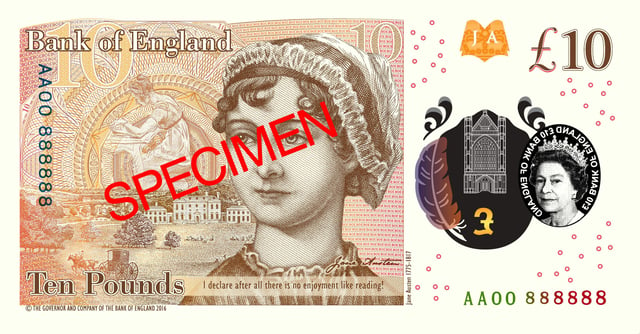 Made of polymer, the new £10 note is cleaner, safer and stronger. It joins the Churchill £5 in the first family of polymer Bank of England banknotes and a new £20 note featuring J.M.W Turner will follow in 2020. The £10 note contains sophisticated security features which make it very difficult to counterfeit. It is expected to last at least 2.5 times longer than the current paper £10 notes – around 5 years in total – and stay in better condition during day to day use.
The new tactile feature on this note is a series of raised dots in the top left-hand corner and has been developed in conjunction with the RNIB. This is in addition to the elements already incorporated in Bank of England banknotes for vision impaired people; the tiered sizing, bold numerals, raised print and differing colour palettes.
The new £10 note will be issued on 14 September 2017 and the public will begin to see them in the following days and weeks as the notes leave cash centres around the country and enter general circulation. The public can continue to spend paper £10 notes as usual and these will be gradually withdrawn as they are banked by retailers and the public. Legal tender status of the paper £10 featuring Charles Darwin will be withdrawn in Spring 2018 with the exact date being announced at least three months in advance.
Speaking at Winchester Cathedral, the resting place of Jane Austen, the Governor said: “Our banknotes serve as repositories of the country’s collective memory, promoting awareness of the United Kingdom’s glorious history and highlighting the contributions of its greatest citizens.  The new £10 note celebrates Jane Austen’s work.  Austen’s novels have a universal appeal and speak as powerfully today as they did when they were first published.  The new £10 will be printed on polymer, making it safer, stronger and cleaner.  The note will also include a new tactile feature on the £10 to help the visually impaired, ensuring the nation’s money is as inclusive as possible.”
Martin Sutherland, Chief Executive, talking with Ian King on Sky News.
Features of the design on the reverse of the Jane Austen note will include: 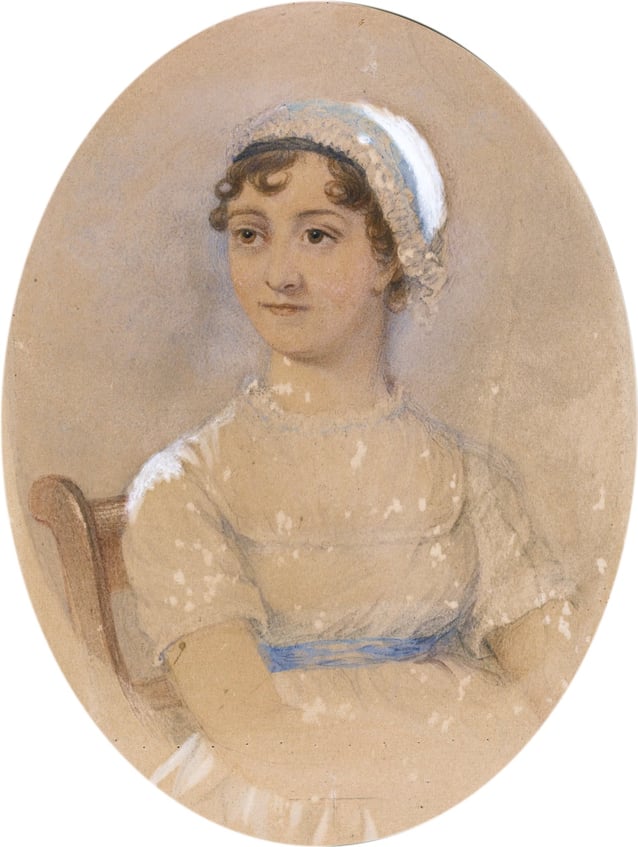 Above the portrait of Jane Austen by James Andrews. Commissioned by James Edward Austen Leigh (Jane Austen’s nephew) in 1870, adapted from an original sketch (below) of Jane Austen drawn by her sister, Cassandra Austen.

You can read more on the Bank of England website